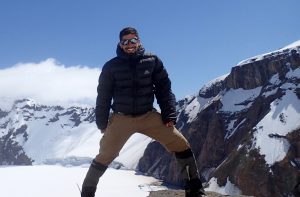 Sediment waves in multiphase jets: A mechanism for the collapse of Plinian eruption columns

Plinian eruptions often form stable eruption columns that feed an ash umbrella cloud spreading in the atmosphere. The source conditions at the vent change during the eruption and can cause the eruption column to destabilize, leading to partial or total column collapse and the formation of Pyroclastic Density Currents (PDCs). Alternating layers, characterized by tephra fall from the umbrella cloud and PDCs from column collapse, are commonly observed in vent-proximal Plinian eruption deposits. This layering has been ascribed to abrupt changes in the source conditions at the vent that cause the eruption column to oscillate between stable and unstable regimes. This, however, conflicts with correlated medial and distal tephra fall layers, which imply smooth changes in the source conditions. To investigate the effect of changing source conditions on the stability of eruption columns, we conduct analogue laboratory experiments injecting sand-laden water jets into a 3D water tank with a linear density stratification. As the momentum flux of the jet decreases, jet columns destabilize and periodically collapse through the action of sediment waves falling from the top of the jet. Sediment waves change continuously with source conditions, becoming larger and falling faster as the source momentum flux decreases and jet columns transition from the partial to total collapse regimes. In the partial collapse regime, a spreading umbrella cloud is continuously fed by the jet column while falling sediment waves periodically collapse to produce gravity currents on the tank floor. We argue that alternating tephra fall and PDC layers in proximal Plinian eruption deposits imply partial collapse of the eruption column through the action of sediment waves. Sediment waves emplace proximal deposits with axisymmetric ring structures, which may serve as diagnostic features marking the occurrence of periodic column collapse in ancient eruptions.